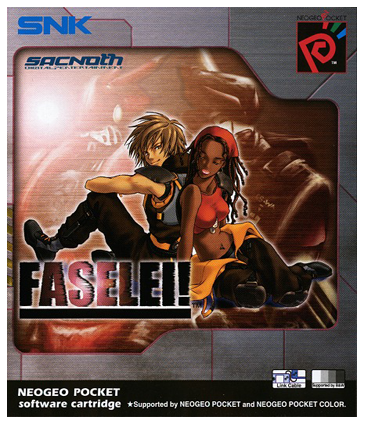 Ahoy! Apologies for the lack of posts recently. In between IGDA Scotland stuff, being ill and… other stuff things got away from me. Also with an upcoming busy period I’m looking to transition this to once a week to see how it pans out. Anyway, today we look at a Neo Geo Pocket Color game as previously threatened: Sacnoth’s mech strategy RPG Faselei!

Mecha games aren’t entirely uncommon out of Japan. The influence of the likes of Mazinger, Macross, and Gundam to name a few clearly imprinted on game developers in the ’80s and ’90s. While the more obvious approach was to incorporate these elements into action games[1], devs also looked to create large scale battles in the Strategy genre. A number of licenses were put to use, Gundam games appeared everywhere, or the crossover Super Robot Wars[2] to make mecha fans dreams come true. Original IPs popped up as well, such as Square Enix’s long-lived Front Mission series[3].