The Materia Collective is a group of musicians from across the world that originally came together in 2015 to create their first remix album: Materia – FF7 Remixed. Since then they have released a few more remix albums. Here are the ones I’ve been involved in, but do check out the rest, as they have a fairly active release schedule.

A fairly eclectic re-imagining of this theme, which now follows a robot being built up in Robotnik’s factory. Lots of machine sounds are used to build up the rhythmic backdrop, while the lead line is the actual robot itself.

Multiplayer III: Wave is a charity album themed around water, organised in collaboration with the Multiplayer Charity with a goal to raise money for the Water.Org organization.

I provided a synth solo for this jazz arrangement by Charles Ritz, performed by a lot of cool people. So yes, that’s my hand and living floor in there. 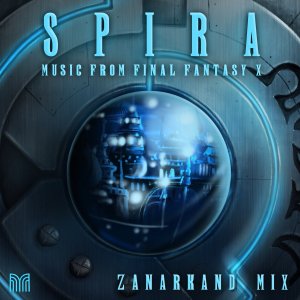 Spira is a large-scale collaborative remix project honoring the music from Final Fantasy X. Created by the Materia Collective, Spira is divided into two 50-track albums with almost 3 hours worth of music on each album. Zanarkand Mix features a more contemporary mix of covers, including a wide range of rock and electronic music in addition to some acoustic interpretations, representing Tidus’s journey from Zanarkand through the foreign world of Spira.

The original was quite off-beat, so I made a slightly more laid back, but still creepy version on it.

A musical tribute to one of the most acclaimed and surreal games in the Zelda franchise’s history. Fate: A Tribute to Majora’s Mask Mask not only provides a strong complement to the game, but reflects all the emotions and themes in encompasses while standing as an incredible collection of musical ideas on its own. It recycles themes from previous games, uses leitmotif, and creates atmosphere with minimalist ideas and sounds.

A Walk In The Woods (Woods of Mystery)

This take is from the perspective of someone walking through the woods and stumbling across a group of performers.

Buy on Bandcamp | Stream on Spotify | Other Store/Streaming Links

Originally released in 1999 for the Sony Playstation, Silent Hill has since become one of the most iconic horror franchises of all time. This is in no small part due to Akira Yamaoka’s music. Moody, unsettling, introspective, beautiful, gritty, and occasionally outright terrifying, Yamaoka’s work has played an essential part in creating this foggy town of monsters, cult rituals, and harrowing psychological drama.

OTHERWORLD features reinterpretations of tracks from the first four Silent Hill games, all arranged and performed by the diverse and phenomenally talented members of Materia Community. We believe we have created an album that reflects the unique voices of each of its artists, embraces Yamaoka’s experimental spirit and captures the unmistakable aesthetic of his legendary works.